Our Board has 15 members. Nine, including the Chair, are Independent Directors/Trustees appointed through fair and open competition in line with the Nolan Principles because of the value and relevance of their skills and experience. Six are Nominated Directors/Trustees appointed by representative bodies in higher education in England and Wales (Association of Heads of University Administration (AHUA); Committee of University Chairs; GuildHE; Higher Education Wales; National Union of Students (NUS) and Universities UK (UUK)). These bodies may also appoint Alternate Directors/Trustees, to attend Board meetings if their Nominated Director/Trustee is not available.

Board members are normally appointed for terms of office of three years, which are renewable. No member can serve for longer than nine consecutive years.

The Board's responsibilities include:

Board members are independent from the Office and are not involved in the review of individual complaints.

Dame Suzi Leather - Chair of the Board

Dame Suzi Leather has been Chair of the OIA Board since October 2016. She has a wide professional background having been Chair of the Charity Commission, the Human Fertilisation and Embryology Authority, the School Food Trust, the School Meals Review Panel and the Council of Food Policy Advisers. She was the founder Deputy Chair of the UK Food Standards Agency and has also served on the Council and Ethics Committee of Exeter University.

In the health field she chaired the Exeter and District Community NHS Trust and the Ethics Committee of the Royal College of Obstetricians and Gynaecologists. She has been a member of the Human Tissue Authority, an observer member of the Human Genetics Commission and sat on the steering group of the UK Stem Cell Bank.

More widely, she was a member of Consumer Focus and the United Kingdom Accreditation Service. She is Vice President of Hospiscare and serves on the board of the General Medical Council. She is Independent Chair of Devon Sustainability and Transformation Partnership. 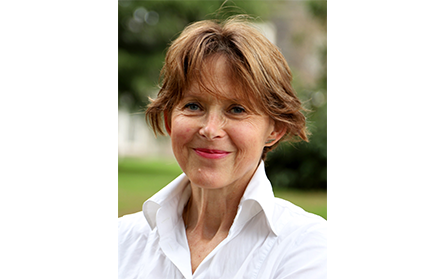 Appointed in July 2014, Andy Mack is a Director with Grant Thornton UK LLP, and a member of Grant Thornton's Public Services Assurance leadership team. Andy is a qualified Chartered Accountant and a member of the Chartered Institute of Public Finance and Accountancy.  Andy has a strong interest in higher education, having acted as a visiting lecturer at Canterbury Christ Church University for six years. He currently teaches accounting on behalf of Grant Thornton as part of an Executive MBA programme at Cranfield University. 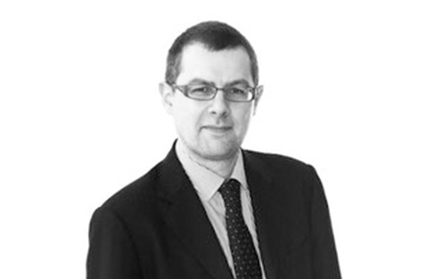 Adesewa Adebisi served as the 2019/20 Education Officer and Trustee of Huddersfield Students’ Union. She was actively involved in liaising with the University and external bodies on education matters, teaching quality and student experience. Adesewa has a strong interest in the field of science and as recent graduate from Biochemistry, she started a Masters of Research in Oncology at The University of Manchester in October 2020.

Andrew is a solicitor and works as a consultant to advise leading businesses, trade associations and public sector clients on commercial contracts, competition law, distribution and risk. He was formerly a partner at Eversheds LLP. Andrew is an Independent Trustee of the Royal College of Physicians of London and a school governor and has also held lay representative and patient representative roles.

Wendy is Vice-Principal – Student Experience at University College of Estate Management.  She has worked in higher education management since 2004, having moved across from a career as a post-doctoral research associate.  Wendy has worked at a range of institutions delivering higher education during her career, including universities, alternative providers and an FE college.

Martin was Group HR Director at the Post Office and has previously held international HR Director roles at Ericsson, Serco Transport and BP. Martin is a Fellow of the RSA and CIPD and has a first degree in Behavioural Science and a master’s degree in HR Management from Cardiff University.

Jonathan has a public policy background in both central government and the not for profit sector. He is currently independent Chair of the National Association of Funeral Directors, CILEX Regulation (the body regulating legal executives) and of the Standards Committee of RIBA (Royal Institute of British Architects) as well as an Independent Director of the Personal Finance Society (the professional body for investment advisers), and Trustee of the Employers Network for Equality & Inclusion. He was previously among other roles a Trustee of Citizens Advice and of Ombudsman Services (the ombuds for energy and telecommunications). Before that he had a varied career as a senior civil servant over 35 years including working as adviser to two Prime Ministers, spells in the Cabinet Office, Foreign Office, Home Office and European Commission in Brussels and five years as Director General of the Government Equalities Office.

After graduating from Birmingham University in 1995, Sophie spent 4 years as a police officer for West Midlands Police, before changing careers to manage support services at Birmingham University’s Guild of Students.  Following a role as a mental health lead for a community interest company, she became a Neighbourhood Manager for Birmingham City Council in 2009.  In 2011, Sophie moved to Wolverhampton Students’ Union as Deputy Chief Executive and, in August 2015, onto her current post as Chief Executive for Worcester Students’ Union. She has also held a number of volunteering roles, including a local authority governor and PTA treasurer.

William has worked in universities since 1990, starting in London and moving to Goldsmiths and then Brunel. He was Deputy Registrar at Hertfordshire for six years before returning "home" to Wales in 2005 to be Academic Registrar at what is now Cardiff Met. In 2007 William joined Glamorgan; subsequently and following merger he is now Executive Director, Governance, Legal & Assurance and University Secretary at the University of South Wales.

Professor Alistair Fitt is the Vice-Chancellor of Oxford Brookes University. An applied mathematician, he previously worked for 22 years at the University of Southampton. Alistair's external involvements include close connections with EPSRC and other funding agencies. He is the President-elect of the IMA (the Institute of Mathematics and its Applications) and is also a member of the Oxfordshire Local Enterprise Partnership Board and a non-executive director of a number of companies.

Hillary has been the Vice President (Higher Education) at the National Union of Students since July 2020. Her main responsibilities are representing the interests of students in higher education as well as running and supporting key campaigns for their benefit. Before she took up her role at NUS, she was the Undergraduate Education Officer at Bristol Students’ Union. She is particularly passionate about nature and is now an avid plant parent!

Dave has had over 20 years’ experience in the university sector, which comes as some surprise because after he left school he joined the army. His first experience of university management was as President of the Students’ Union at the University of Reading. He subsequently served 10 years at the University of Warwick; his last posting was as Director of Research and Development Services. In 2001 he joined the University of Birmingham as Academic Registrar, responsible for marketing, the student experience and corporate planning. He joined Leicester as Registrar and Secretary in 2006. He was responsible for leading the professional services of the institution and was secretary to the governing body and a member of the Executive. He travelled extensively on behalf of the university including to Beirut, Afghanistan, Iraq and Kurdistan. In 2020 he joined the Open University as University Secretary.

Natasha is the Campaigns and Influencing Director at NUS, having previously worked in the Liberation team. Her previous roles include Head of Policy and Campaigns at National AIDS Trust, and leading youth projects on stop and search at Release and StopWatch. She is currently a trustee at drugs charity Release.

Paul Layzell is Principal of Royal Holloway, University of London. He has held posts at Sussex, Manchester and UMIST and was Programme Manager for the UMIST-Manchester merger. A software engineering academic, he studies how software systems can best be adapted to meet the changing needs of organisations and users. He is Chair of AQA, the UK’s largest public awarding body for A-level and GCSE qualifications, and a board member of JISC.

Sarah joined the OIA as Head of Leadership Office in 2013 and took on the role of Company Secretary in December 2017. She provides support and advice to the Senior Leadership Team and the Board and oversees the office’s administrative function.

Before joining the OIA, she spent 17 years at the University of Reading, and she has also worked with the NHS.